Black Comedy Definition – What’s the best definition for the black comedy fiction genre? The black comedy genre is made up of books that take the taboo and make it funny. The “taboo” aspects include, but aren’t limited to: death, murder, suicide, drugs, and war. If the subject matter is serious and should not be joked about and is, it will fit into the dark comedy genre, also known as the “dead baby comedy.” The stories in the dark comedy genre are often told as parodies or in satirical ways. 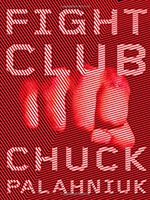 Review this list of popular examples to help you get a better understanding of the black comedy fiction genre.

3. The Casual Vacancy by J.K. Rowling

7. Fear and Loathing in Las Vegas by Hunter S. Thompson

12. As I Lay Dying by William Faulkner

15. The Death of Bunny Munro by Nick Cave

21. The Brief and Frightening Reign of Phil by George Saunders

22. The Death of Bees by Lisa O’Donnell

23. John Dies at the End by David Wong

This website uses cookies to improve your experience while you navigate through the website. Out of these, the cookies that are categorized as necessary are stored on your browser as they are essential for the working of basic functionalities of the website. We also use third-party cookies that help us analyze and understand how you use this website. These cookies will be stored in your browser only with your consent. You also have the option to opt-out of these cookies. But opting out of some of these cookies may affect your browsing experience.
Necessary Always Enabled
Necessary cookies are absolutely essential for the website to function properly. This category only includes cookies that ensures basic functionalities and security features of the website. These cookies do not store any personal information.
Non-necessary
Any cookies that may not be particularly necessary for the website to function and is used specifically to collect user personal data via analytics, ads, other embedded contents are termed as non-necessary cookies. It is mandatory to procure user consent prior to running these cookies on your website.
SAVE & ACCEPT